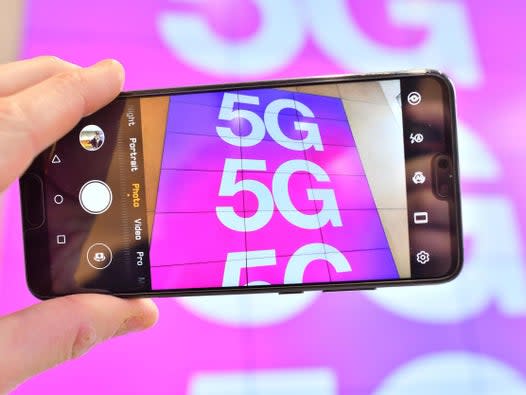 The government has called upon social media companies to take “much swifter action” in tackling “crackpot” conspiracy theories linking 5G networks to the coronavirus pandemic, after a number of mobile masts were set on fire over the past week.

Authorities have received several reports of criminal damage to phone masts and abuse of telecoms engineers inspired by baseless online theories, with culture secretary Oliver Dowden set to discuss the issue with several tech firms in the coming week.

Masts in Birmingham, Liverpool and Melling in Merseyside have all been targeted in recent days, while Vodafone told the BBC it had recorded four incidents over the past 24 hours at both its own sites and those shared with O2.

Warning internet users against “crackpot conspiracy theories circulating online”, a spokeswoman for the Department for Digital, Culture, Media and Sport said: “Those responsible for criminal acts will face the full force of the law.

“We must also see social media companies acting responsibly and taking much swifter action to stop nonsense spreading on their platforms which encourages such acts.”

DCMS did not confirm which tech companies are being summoned.

Footage which appeared to a show a telecommunications box on fire in Aigburth, a suburb of Liverpool, was shared on YouTube and Facebook over the weekend. The video made claims of a link between 5G technology and Covid-19.

Merseyside Fire and Rescue Service said it was investigating a blaze it extinguished at a 5G mast in the village of Melling, north of Liverpool, on Friday night.

In Birmingham, a 70ft tower was set alight at a telecommunications site on Thursday, though West Midlands Police said the cause of the fire was yet to be identified.

Along with Facebook, Twitter and YouTube, rumours and false theories are also being spread on smaller platforms such as Nextdoor, Pinterest and the petitions site Change.org, which has “removed a number of petitions making unsubstantiated health claims about 5G,” a spokeswoman for the organisation said.

Facebook meanwhile said it was taking “aggressive steps to stop misinformation”, and had debunked several posts which falsely claim a link between 5G and coronavirus.

“We are removing content which encourages the destruction of phone masts and are working closely with the government, other tech companies and major news organisations in the UK to flag and remove harmful misinformation,” a spokesperson told The Independent.

Stephen Powis, NHS England’s medical director, has meanwhile expressed his anger at conspiracy theorists who are spreading misinformation and hysteria among the population

“The 5G story is complete and utter rubbish, it’s nonsense, it’s the worst kind of fake news,” he said during Saturday’s briefing.

“The reality is the mobile phone networks are absolutely critical to all of us, especially when we’re at home and unable to see families and friends.

“I am absolutely outraged and disgusted that people would be taking action against the infrastructure we need to get through this crisis.”

British broadcasters have also been warned by media regulator Ofcom that they face possible sanctions if they give airtime to false health advice about coronavirus.

Ofcom confirmed it was monitoring television and radio reports on the causes and origins of Covid-19 that have “the potential to undermine people’s trust in the advice of mainstream sources of information” during the crisis.

How to help the elderly and vulnerable during the coronavirus

How to feel less anxious about the coronavirus

How to be productive when working from home during coronavirus

Which countries around the world has coronavirus spread to?

The dirty truth about washing your hands