PubMatic signage on day of IPO at the Nasdaq

The company’s chief financial officer Steve Pantelick said in a statement that the quarterly growth was driven by advertising strength in e-commerce, technology, personal finance and on streaming video. 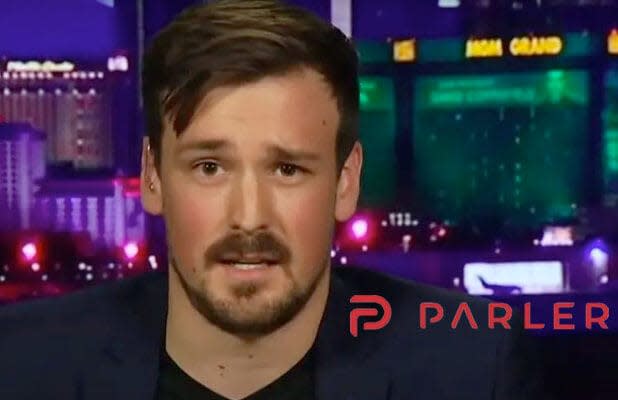 Parler went back online, at least partially, on Monday night with help from a Russian technology firm called DDos-Guard.

As of Tuesday, the social media site popular with right-wingers and supporters of Donald Trump managed to relaunch a static website with four posts, or Parleys in the site’s vernacular, on desktop devices. The site still does not function on mobile phones — and remains off of popular app stores from Apple and Google — which removed the app shortly after the Jan. 6 insurrection at the U.S. Capitol.

“Our return is inevitable due to hard work, and persistence against all odds,” Parler CEO John Matze said in a statement on the website. “Despite the threats and harassment not one Parler employee has quit. We are becoming closer and stronger as a team.”

In an interview Sunday night with Fox News, Matze predicted a full return for the app:

Big Tech alternatives that can save you money and secure your privacy.

There are alternatives to mainstream smartphones that can save you money and secure your privacy. (Photo: Getty Images)

The recent ban of Parler from Apple and Google’s app stores and the Amazon shutdown of the social media app might have you thinking about Big Tech’s power. Add to this news that the messaging service WhatsApp, owned by Facebook, is grabbing more of your personal data.

Tap or click to be shocked by how much of your data WhatsApp is sending to Facebook. Millions of users have now flocked to alternative messaging platforms like Signal and Telegram.

There are options to replace some of the most used apps and services. Tap or click here for Google alternatives for search, email, messaging, and more.

You don’t have to use an Apple or Android phone. You don’t even have