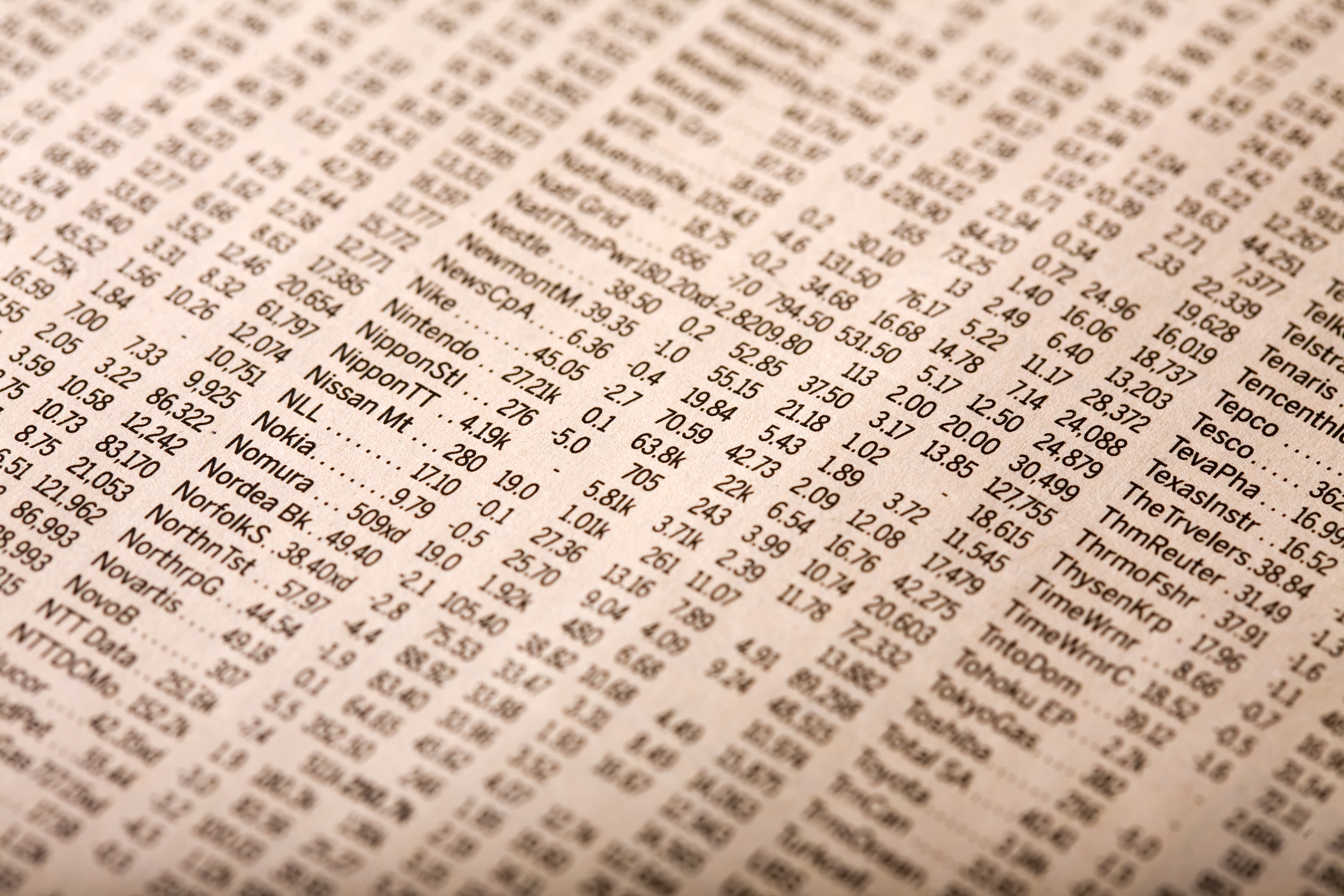 What Is a Direct Listing and How Is It Different From an IPO?

Mobile gaming company Roblox (NYSE:RBLX) recently went public, but opted not to take the traditional IPO route. And despite the wave of SPAC IPOs over the past year or so, Roblox didn’t use that method either. Instead, Roblox used a less common method of going public known as a direct listing. In this Fool Live video, recorded on March 11, Fool.com contributor Matt Frankel, CFP, gives investors an overview of the direct listing process, how it differs from a traditional IPO, and why several big-name companies have used it to go public in recent years.

Matthew Frankel: There’s a few big differences we’ll get into. In a traditional IPO, which is what Airbnb and DoorDash did last year, companies hire underwriters, they send an IPO price, they determine a certain amount of new stock they want to sell for the public to raise money. That’s the traditional IPO.

The direct listing, the company and its investors, they simply list the shares that already exist directly on the public markets. They don’t have to hire underwriters. They do hire some financial advisors, but it’s much less of a process. They determine the day one price of the stock, which is the reference price, which will get into a little bit later. It’s not the same thing as when a company sets an IPO price.

Direct listings are only available on the New York Stock Exchange, which is something else that’s interesting. Generally, tech stocks list on the NASDAQ as most investors know. If you want to invest in a broad-based tech index, you buy the NASDAQ-100, something like that. So if you’re seeing some of these tech stocks on the New York Stock Exchange, Slack was one of them, Spotify was another good example, it’s because that’s the only exchange that offers them. Next slide, please.

Who sells the shares? Where do they come from? One of the biggest difference is that no new capital is usually raised in a direct listing. The New York Stock Exchange actually just recently made a change where a company can raise capital in a direct listing, but it’s usually not the case. Usually it’s just the existing stock. One big difference is that there is no required lockup period.

Normally when a company goes public, there’s a lockup period, which is a period of time in which existing shareholders are not allowed to sell their shares. It usually expires a month or two later. Like Airbnb insiders couldn’t sell shares on day one of that IPO, it just wasn’t allowed. That’s called a lockup. In a direct listing, existing shareholders, early investors, the company’s founders, the VC firms that backed it, can choose to sell some of their stock or not on day one. It’s really just a supply-and-demand model. It’s not dependent on a certain amount of new shares being created. It’s not dependent on a certain amount of shares being allowed to be traded. It’s just the existing shares come on the market. Some people want to sell them, great. They can get money for them on day one. It democratizes the process, not just for investors like you and me, like we’re going to talk about in a second, but also for company insiders and things like that too. Next slide, please.

How is the direct listing stock price determined? We mentioned a thing called a reference price, and it’s different than an IPO price. In an IPO, underwriters determine a price that the company is going to sell its shares to the public for. The shares at the IPO price, anyone who tried to get in on the Airbnb or DoorDash IPOs, I don’t know if Brian owns shares of either of those, but if you wanted to get in at the IPO price, you were pretty much out of luck. The shares at the IPO price are generally sold for large investors, leaving retail investors to buy on the open market at whatever supply and demand allows them to do so once the shares begin to freely trade. In a direct listing, because you’re not selling any new shares, everybody has an equal opportunity to buy. Once shares are available for public trading, you might pay more than the IPO or reference price, but so will the big investors who want to get in.

We saw Ark Invest bought some Roblox yesterday. They paid a premium just like everyone else did. They did not get in at that $45 reference price. The reference price is a starting point determined by financial advisors. Usually, it’s loosely based on what the company’s shares have been trading for on the secondary market, the valuation the companies used last time they fundraised, things like that. It’s not what any investors actually pay, including the big investors. Roblox’s reference price was $45.

As Brian mentioned, the shares are trading for a whole lot more than that right now. The lowest that any Roblox shares have actually traded for on the public markets since it went public yesterday, has been $60.50. The reference price is just a starting point for an auction, in other words. Think of it as like the reference price is what the market makers are putting out there like an auctioneer. As supply and demand dictates, it usually goes up from there. By the time Roblox actually opened, it was in the 60s, so nobody paid $45 for it. Not the big investors, not retail investors. It really levels the playing field. It’s not just supply and demand on the retail side, it’s supply and demand on all sides. If you’re paying $60-something for Roblox shares, that means that the big investors are also willing to pay those prices.

One more. Here’s an Airbnb chart. The IPO price of Airbnb was $68. That’s what big investors actually paid. Big investors who committed to buy shares at Airbnb’s IPO actually paid $68. What do you see as the lowest share price that it actually has traded at? A little over $120. The cheapest any retail investor really has been able to get it on the Airbnb at is about double what the big investors paid. That’s just a really good example of how direct listings really level the playing field. Everybody is paying between $60 and $75 for Roblox shares these past couple of days. Everybody who wants to invest, so big difference between a direct listing and a traditional IPO, especially for very popular stocks like these.

On the next slide, I just broke down some of the pros and cons of direct listings. Just to break it down real easy. Some of the advantages, they are cost effective for the company. They don’t have to hire underwriters, they don’t have to do an IPO roadshow. They have to hire some advisors, but it’s generally a much more inexpensive process. There’s no lockup periods required for insiders. It democratizes the public listing process for both investors and for inside investors. Even if the company is raising capital, this is an interesting point, the company’s interests are aligned with the public. The company doesn’t set its IPO price. If it decides to sell 10 million new shares, the price of those 10 million new shares will be determined by how excited investors are to buy their stock, not by whatever price the underwriters decided to sell it to hedge funds for it. It’s really an interesting model.

Disadvantages, just real quick, and then I’ll shut up and let Brian talk. They’re unpredictable. Like I said, it democratizes the capital-raising process and things like that, but it’s also unpredictable for the company. If the company needs to raise $100 million, they don’t know how many shares to sell because the price is going to be hammered by supply and demand. It can be difficult to get a lot of interest for direct listing because like I said, there’s no roadshow, there’s no buildup toward it. If the company isn’t widely known, typically, these are only used by big established brands. I mentioned Slack, Spotify. Coinbase is another one that’s about to do a direct listing. These are big companies that people are already interested in investing in. The initial price is governed by supply and demand. That could be good or bad for investors in the company, it just makes it unpredictable, and they still have the same disclosure requirements as an IPO. They still have to produce financials, really open up the books. SPAC IPOs avoid this to some degree.

This article represents the opinion of the writer, who may disagree with the “official” recommendation position of a Motley Fool premium advisory service. We’re motley! Questioning an investing thesis — even one of our own — helps us all think critically about investing and make decisions that help us become smarter, happier, and richer.