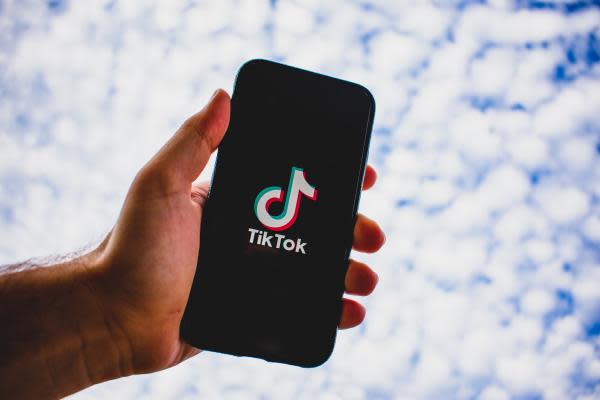 Maybe a little M&A can warm up a market that’s been cooling in the fall breeze.

Two big mergers and acquisitions over the weekend—along with media reports that China had chosen Oracle Corporation (NYSE: ORCL) to be the technology partner with TikTok—appeared to lift spirits on Wall Street this morning following the first back-to-back weekly losses since May. Stocks were up in pre-market trading, and that includes the sputtering Tech sector.

Tech might be getting a tailwind from one of the two big M&A developments over the weekend, as NVIDIA Corporation (NASDAQ: NVDA) announced it will buy Arm Holdings for $40 billion. On paper, this looks like it might be positive for the high-flying chip company, because Arm designs the architecture for mobile chips used in nearly every mobile device in the world, including the iPhone. Investors apparently agree, sending NVDA shares up more than 6% in pre-market trading. The question is whether NVDA can get regulatory approval, but we’ll find out soon enough.

The other big M&A news was in Health, with Gilead Sciences, Inc. (NASDAQ: GILD) announcing the purchase of a cancer drug company for $21 billion. Both GILD and biotech in general haven’t performed too well in the market most of this year, but this news might send some cheer by raising hopes of more biotech deals.

Hopes definitely are on the upswing for ORCL this morning, with shares rising 8% in pre-market trading on the TikTok news. ORCL apparently beat out Microsoft Corporation (NASDAQ: MSFT) for the partnership, media reports said. ORCL is one of the big established Tech companies whose shares haven’t sparkled this year the way some of the FAANGs and chipmakers have. That’s why this news feels so refreshing, because finally, we’re seeing a Tech firm outside those areas getting some attention. ORCL arguably has the distribution network to make this work and you never want to underestimate their veteran CEO Larry Ellison.

Other things that could be getting more attention as the week continues include a Fed meeting starting tomorrow and a major Apple Inc. (NASDAQ: AAPL) product event (see more below). There’s also more optimism on the vaccine front today following the resumption of AstraZeneca plc’s (NYSE: AZN) trial and Pfizer Inc.’s (NYSE: PFE) CEO sounding upbeat in a TV appearance about the potential for a vaccine to be ready by the end of the year.

If it weren’t for the M&A and the ORCL news, it might have been easy to start this week feeling uneasy about the Tech meltdown that sent the Nasdaq (COMP) to more losses Friday and its worst week since March.

High-flyers like AAPL, Tesla Inc (NASDAQ: TSLA), and salesforce.com, inc. (NYSE: CRM) continued to take it on the chin last week, extending losses that began two weeks ago. AAPL is down about 20% since the start of the month and Docusign Inc (NASDAQ: DOCU)—another company that benefited from the “stay at home” trade—is down 32% since then. AAPL did bounce back a bit in pre-market trading today, however.

This drop actually could be healthy, because maybe, just maybe, a market swing toward more cyclical and value stocks appears to be gathering a little steam (see more below).

One of the biggest worries in August was near-term valuations, with major indices so dependent on a few “mega-caps” that kept going up while most of the rest of the market cooled its heels. What would be nice to see is other sectors like Consumer Discretionary and Financials get into the game. Arguably, Financials could play a key role in any leg up in the market, so it was great to see that sector rise nearly 0.7% on Friday.

There’s just a sprinkling of earnings in coming days (more on that below), but we also have a Fed meeting. It’s getting harder and harder to imagine the Fed doing or saying anything it hasn’t already since the crisis began, and it’s basically promised no rate moves for years. That kind of limits the drama that investors used to enjoy (or dread) going into “Fed day.”

As we always say, Fed Chairman Jerome Powell’s press conference on Wednesday afternoon is worth watching, even without the drama. It’s possible he’ll repeat what he’s said in the past about fiscal help needing to accompany monetary help for the economy. This could have more impact based on the Senate failing to approve a stimulus bill last week and the election now being just seven weeks away.

It’s a big week for AAPL as the company is expected to unveil new products tomorrow at a virtual event. Sometimes these events can have an impact on stock price, so be ready.

This doesn’t appear to be an iPhone-related event. The invitation to media says “Time Flies,” indicating the announcement is related to the Apple Watch, not iPhones, Bloomberg News reported last week. The new iPhones won’t launch until October, Bloomberg said.

AAPL is preparing new high-end and low-end Apple Watches as well as a redesigned iPad Air with an edge-to-edge screen, according to Bloomberg. It’s also working on a smaller HomePod and the first pair of Apple-branded over ear headphones for release as early as later this year.

So maybe we’ll get a look at some of those products tomorrow, and investors shouldn’t necessarily see them as lesser. AAPL has been focused on services and wearables more and more in recent years, and those areas make up a much bigger part of profits and sales than they used to. Last year, Forbes said AAPL’s wearables could eventually be a $100 billion business.

Another positive development has been the way volatility turned south on Friday and into Monday. The Cboe Volatility Index (VIX) took a beating and dropped to below 27, from highs of 38 just over a week earlier. Typically, but not always, a big drop in the VIX can suggest calmer and perhaps more positive waters ahead.

Still, things could continue to be choppy as we’re in this weird period where there hasn’t been as much COVID-19 news and earnings season is still a month away. That means if any outside news event could send the market tumbling or flying, that’s what tends to happen. So it’s not necessarily time yet to unbuckle. Some people are starting to wonder about election jitters working their way in, but people probably won’t start planning for that for a few more weeks.

CHART OF THE DAY: SPX INFLECTION POINT? The S&P 500 Index (SPX—candlestick) briefly moved below its 50-day moving average (blue line) Friday but then closed above it, possibly a positive sign for technical traders. It does remain way above its 200-day moving average (red line), but the premium has come down from 15% to 7% over the last two weeks. Data Source: S&P Dow Jones Indices. Data source: S&P Dow Jones Indices. Chart source: The thinkorswim® platform from TD Ameritrade. For illustrative purposes only. Past performance does not guarantee future results.

Support Group: There isn’t a lot of conviction in the market the way there was two weeks ago when it seemed everyone was piling into Tech. The market looks to be in search of a “settle in” level. It wouldn’t be too surprising to see a test of recent highs, followed possibly by a test of the lows as the market seeks some sort of trading range. The SPX had two daily lows of 3329 last week, but managed to finish slightly above that on Friday at 3340, which was above an earlier intraday low that briefly took it below its 50-day moving average of 3322. That was a nice recovery and might give things a bit of momentum into the new week. Holding the 50-day average might suggest the market has pretty decent support there and trigger technical buying.

The SPX remains way above its 200-day moving average of just under 3100, and historically, when you have big premiums to the 200-day, you often see pressure. That could be one reason the rally broke down as September opened. That said, we’ve gone from having a 15% premium at the start of the month to a 7% premium now. That’s still historically on the high side, however. And price-to-earnings ratios remain eye-popping for many Tech stocks even after all the recent selling.

Earnings Break: Mid-September is usually a pretty quiet time on the earnings front. However, we have Lennar Corporation (NYSE: LEN) expected to report this afternoon following the close, with an analyst call scheduled for tomorrow morning. Shares of the home builder are up pretty nicely over the last three months after LEN painted a sunny picture of the housing market in its June earnings call.

LEN said then it saw a quick turnaround in demand last spring after the pandemic shut things down in March and most of April, and that momentum appeared to be growing as summer drew near. Now we’ll get a chance to hear whether that momentum got sustained in what turned out to be a more difficult environment than some might have expected, as caseloads rose in parts of the country through July and August. One thing to listen for is whether LEN plans to continue buying land for development, because this can help tell you if they’re optimistic or pessimistic about the market going forward. Trends like people moving to the suburbs or out of apartments due to the pandemic also could be highlighted on the call.

Is Rotation into Cyclicals Gathering Steam? Industrials and Materials—which also are so-called “cyclical” sectors that tend to do better than the economy thrives—led the way Friday, and Consumer Discretionary also inched up. That helped the S&P 500 close with slight gains. Stocks like Caterpillar Inc. (NYSE: CAT), Dow Inc (NYSE: DOW), Sherwin-Williams Co (NYSE: SHW), FedEx Corporation (NYSE: FDX), and some of the railroad companies finished the week strong. Industrials and Materials finished down for the week, but were two of the best-performing sectors. Though the bulk of earnings season comes next month, look for FDX earnings tomorrow.

If these sectors share anything in common, it’s their international exposure. As the dollar continues to weaken, investors might be looking for companies with big revenue from overseas where the dollar weakness helps make U.S. products more accessible. The weak dollar might be providing a catalyst to some of these companies, and maybe that’s what could help some of these struggling sectors see more love even as Tech gets a bit subdued.

Overall, you could argue that’s a healthy development. It means the market might be getting back more toward an equilibrium, and that people are starting to invest in more of the companies associated with economic improvement and reopening.

Photo by Kon Karampelas on Unsplash

© 2020 Benzinga.com. Benzinga does not provide investment advice. All rights reserved.