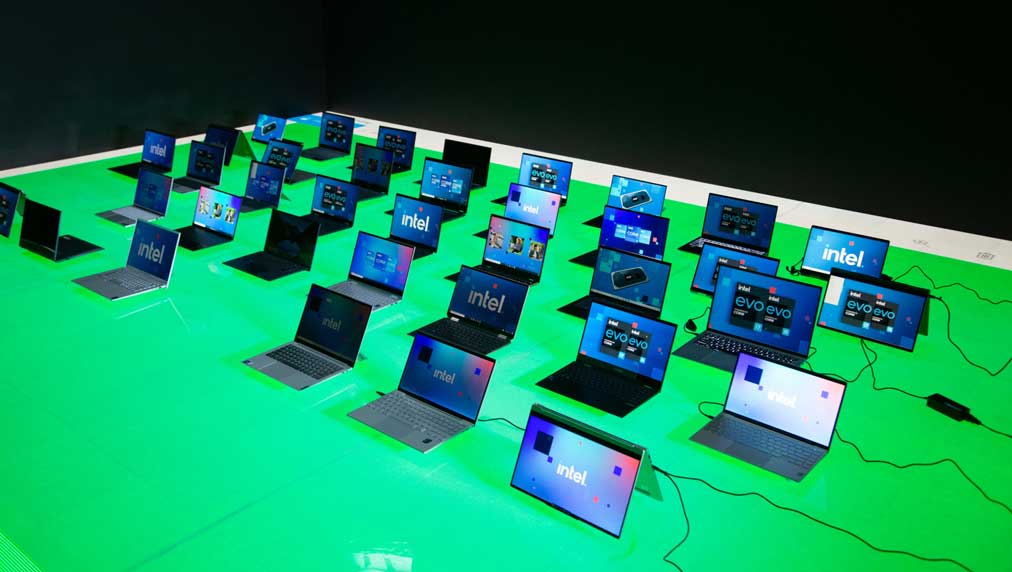 Chipmaking giant Intel (INTC) is using CES 2021 to start the new year on a positive note after stumbling with production and technology challenges last year. Intel stock sank 16.8% in 2020 while the Nasdaq index soared 43.6%.

At a news conference at the virtual CES 2021 trade show, Intel Executive Vice President Gregory Bryant said the new processors will turn up in more than 500 new desktop and laptop models this year.

“You won’t see a ‘one system fits all’ mentality from Intel and its partners,” Bryant said. “Only Intel can deliver this breadth and scale of designs, because we have deep technical partnerships with more than 150 companies around the world.”

Rosenblatt Securities analyst Hans Mosesmann was not impressed by Intel’s new central processing units. The CPU announcements “were roughly as expected” and amounted to incremental upgrades to the product lineup, he said in a note to clients. Mosesmann rates Intel stock as sell with a price target of 40.

In other news at CES 2021, Intel announced that has started production of its third-generation Xeon Scalable processors.

The 10-nanometer processors, code-named Ice Lake, feature innovations that boost performance, security and operational efficiency within data centers, the company said. Circuit widths on chips are measured in nanometers, which are one-billionth of a meter.

“We think Ice Lake Xeon, in terms of real volume, is months away,” Mosesmann said.

UBS analyst Timothy Arcuri was more upbeat about Intel’s prospects. In a note to clients Monday, he reiterated his buy rating on Intel stock with a price target of 62.

In 2020, Intel struggled to make enough PC processors to meet the surging demand amid the work-from-home boom and rise of distance learning. That gave AMD an opportunity to gain market share. Intel also reported a delay in production of 7-nanometer scale processors, putting it further behind chip foundry Taiwan Semiconductor Manufacturing (TSM) in making chips at smaller node sizes.

Intel stock ranks No. 23 out of 32 stocks in IBD’s Electronics-Semiconductor Manufacturing industry group. It has a subpar IBD Composite Rating of 43 out of 99, according to the IBD Stock Checkup tool. IBD’s Composite Rating combines five separate proprietary ratings into one easy-to-use rating. The best growth stocks have a Composite Rating of 90 or better.

See Stocks On The List Of Leaders Near A Buy Point